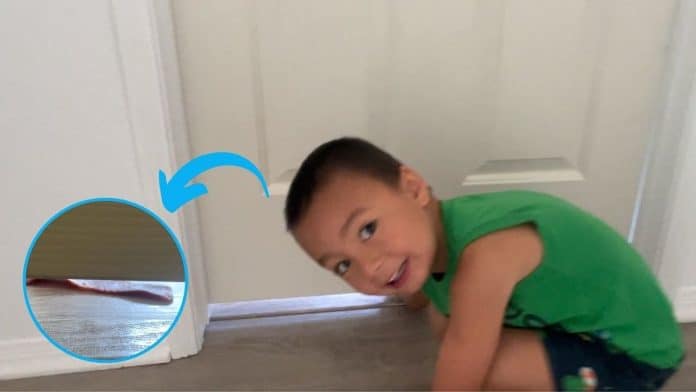 A helpful youngster wanted to keep his busy working-from-home dad well fed by quietly sliding a slice of bacon under his dad’s office door to keep him from going hungry during an important meeting.

Three-year-old Madison Hill made the decision to do so as his father was taking an early morning conference call at his home in Murrieta, California.

According to Madison’s mom, Abbey Edwards-Hill, 40, Madison had seen his dad miss numerous breakfasts since he started working from home at the beginning of the pandemic, hopping from virtual meeting to virtual meeting in his office.

With Madison now back in school, the youngster was eating breakfast on June 9, when he saw his father Mark Hill, 46, head off without grabbing a bite.

Quietly, the three-year-old took a slice of bacon when his mom was not looking and headed to his dad’s office, where he then slid it under the closed door.

Madison then grabbed Abbey’s attention, bringing her upstairs to show her what he had done.

Abbey recorded the moment playing out, and when she asked Madison what he had done, the three-year-old declared: “Bacon under there for daddy.”

Abbey then brought her camera down to floor level, recording the slice of bacon lying on Mark’s floor and laughing in the process.

Abbey said: “I felt so much joy and love to see him think of his dad so sweetly.

“As a parent, you really want your children to grow up and have compassion for others.

“My husband has to play it cool when he is on these big corporate meetings and maintain professionalism, but he told me later that all of his colleagues heard my son announce that, ‘Bacon for you, dad.’”

“His partners know our son very well at this point.” 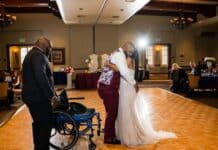