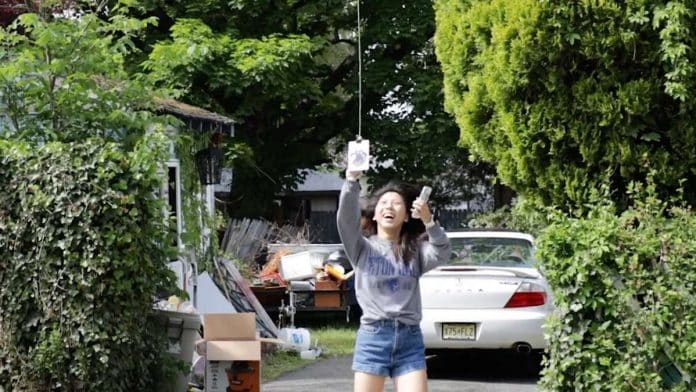 A caring friend decided to make up for all of the missed birthday during the coronavirus lockdown by flying his friend’s gifts using a drone.

Lionel Chambers’ birthday came and went while he himself was in lockdown in Parsippany, New Jersey, and so he decided to put out a message on social media, asking which of his friends suffered a similar fate.

When 24-year-old Lionel realized that seven other friends had had similar experiences, he decided to make up for lost time.

Suffering fatigue from the likes of Zoom birthdays chats and drive-by parades that had become commonplace during the pandemic, Lionel decided to do something a little different – and so he fired up his drone.

Attached to the craft were variations of $25 gift cards, and the 24-year-old also attached a camera to film his friend’s reactions.

Lionel then flew his drone to each person individually, presenting them with their gift card.

By sharing the videos he and his friends were able to capture, Lionel said he hopes to spread some positivity at a difficult time.

He said: “All of their reactions were incredible.

“To see their face go from confusion to seeing the drone, to excitement once they realized what was happening was priceless.

“I’m the type of person that seeing other people happy really makes me happy.

“Especially during these times where every day isn’t the best, it was amazing knowing that I could make their days a little bit better.

“I think that people can take away that it is the little things and appreciation of one another that truly bring us closer together.

“Though things are not normal right now, and I am not sure when they will be, I feel like it’s these little things that still give us hope that there is a normal out there.”