Home Animals Dog Goes Wild At Being Reunited With Doctor Owner After They Had... 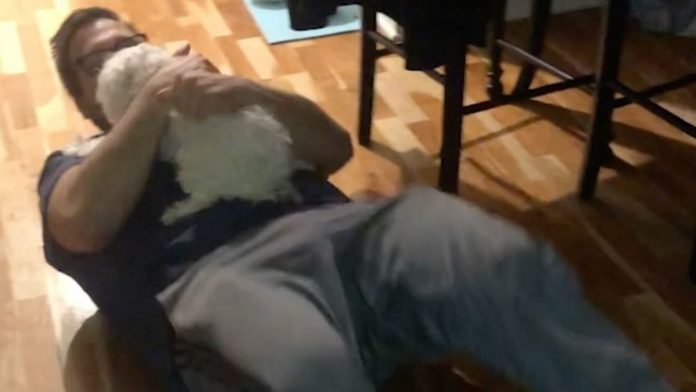 An excitable dog couldn’t hide his delight at finally being reunited with his doctor owner after almost three weeks apart due to COVID-19 precautions.

In the adorable video, seven-year-old Maltese, Gino, can be seen barking with excitement, rolling on his side and receiving a much-wanted cuddle from owner Jeff Baron, 27.

Jeff is a second-year surgical resident at Philadelphia College of Osteopathic Medicine where his hospital has received COVID-19 patients.

Because of this, Jeff had been unable to return home to Gino and his fiancée Fabianna Pergolizzi until he was clear.

When Jeff was finally given the all-clear, on March 28, he returned to Fabianna’s Philadelphia apartment, where he was greeted by Gino’s loving reaction.

Fabianna, 28, who captured the moment on video, said: “It’s been a very long and scary road for us with him working at the hospital.

“Gino and I were so excited to see Jeff when he came home – I cried when I saw the dog’s reaction.

“The response to the video has been super positive and has brought some happiness into this very dark pandemic we are experiencing.

“Life is all about the little moments, just like this one.”