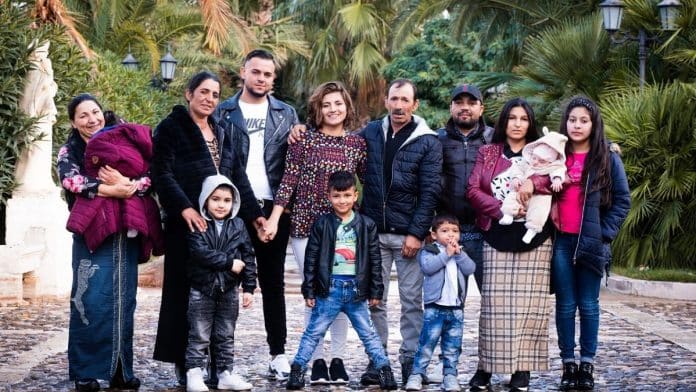 An American woman who was kidnapped at birth in her native Romania has been reunited with her family after 25 years apart.

After she was born, Belle Barbu’s birth parents were told their daughter had died – but she was actually kidnapped and taken from the hospital to a human trafficking orphanage, where a large sum of money was paid for her adoption.

Belle, 25, who now lives in Washington County, Utah – and originally from Wisconsin – was encouraged by friends to take a DNA test which traced her heritage back to India, Israel and parts of Europe.

A friend who was also adopted from Romania shared the link to a Facebook group helping adopted Romanian children find family members with more than 500 success stories and within 48 hours they found her birth family.

Belle reached out to Operation Underground Railroad, a non-profit which helps reunite victims of child trafficking with their birth parents, to help make the reunion a possibility.

O.U.R. connected Belle with an investigator in Romania who specializes in such cases, and they were able to confirm a DNA match between Belle and her family.

It was through this connection she was also able to discover the harrowing story that led to her life in the U.S.

After Belle was born to a low-income family, doctors at the hospital worked with traffickers to have her parents believe their child had died and moved Belle to an orphanage.

For the November 14, 2019, reunion, Belle travelled to Foggia, Italy, along with O.U.R.’s founder, Tim Ballard, a former Special Agent for the DHS.

It was there she walked into a courtyard and was able to hug her parents for the first time, immediately bursting into tears as she embraced her mother.

Belle now plans to go back to college in the U.S., where she is studying health, business and horse therapy.

She also plans to arrange for her Romanian family to come visit her and to advocate in the fight against human trafficking.

O.U.R. works with law enforcement in 24 countries to help fight the problem of trafficking.

In the last 6 years, the organization has been able to help rescue 3,200 victims and arrest more than 1700 individuals.

Speaking of Belle’s reunion, Tim Ballard said: “It was extremely emotional – one of the most amazing moments since I started here at O.U.R.

“There was so much joy and so many different feelings for each person from Belle to each of her family from Romania.

“It boils down to hope and faith and that we can all make a difference in someone’s life for good.

“We should all want to see reunions like this.

“We can all play a part in reuniting families who have been separated due to injustices like trafficking.”