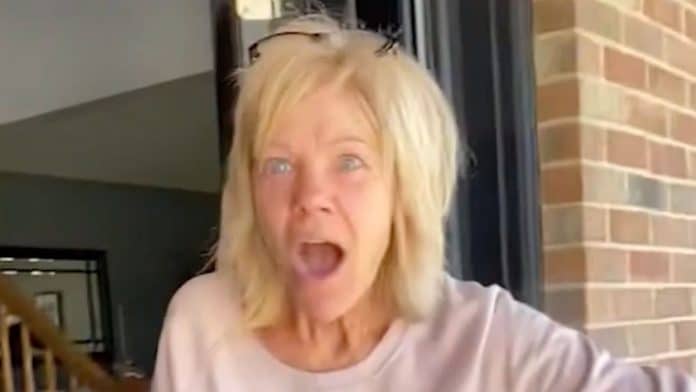 A loving son and brother has gone viral after he became fully vaccinated against COVID-19 and immediately crossed the country to surprise various family members.

Steven Hurn, 32, currently lives in Fresno, California, but his family, who he had not seen in more than 14 months because of the pandemic, remain in Orland Park, Illinois.

The year apart had been tough, Steven said, but having become fully vaccinated, he was determined to surprise his mom, Diana; twin sister, Lauren; and stepfather, Bill.

With his cellphone recording, Steven paid each one a visit on April 1.

The clips contained a combination of screams of excitement and shock, relief, and many hugs.

The first person to be surprised was Diana, who Steven spoke to over the phone in the buildup to the surprise, so that she wouldn’t expect a thing.

Then, after Steven rang the doorbell, Diana approached the glass door, catching a glimpse of her son outside, screaming with excitement.

From there, Steven moved on to surprise Lauren and Bill.

The 32-year-old later combined the three videos, sharing his family’s reaction online. The post received thousands of likes from all over the world.

Steven said: “When my mom first saw me she was in shock.

“My mom’s reaction was exactly what I was hoping for, the pure surprise.

“I felt grateful to finally be able to hug my loved ones and physically be in their presence again.

“My twin sister was overwhelmed with emotion and my stepfather was shocked and could not believe I was actually there in the physical form.

“The response to the video I posted has been overwhelming.

“I first posted a little teaser video for fun and people were writing to me saying, ‘We need more,’ asking for videos of the surprise, so I made another video of just their surprises and it took off.

“My hope is that this story brings a sense of joy after a very long and difficult year we have all been through.

“In such turbulent times, it is nice to see people reacting to pure and genuine content. Nothing scripted or produced, this is my family.”