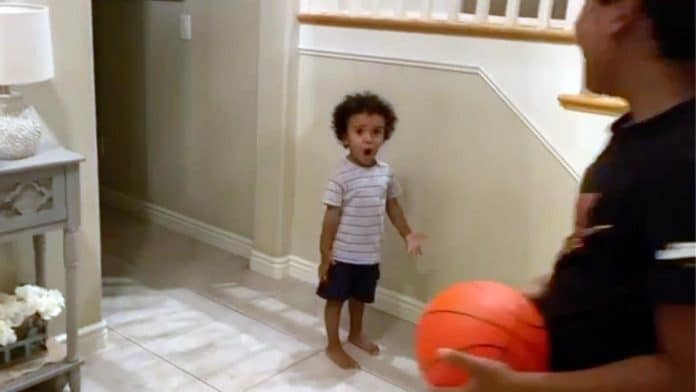 A basketball-loving toddler has gone viral for refusing to accept his father’s traveling call.

In the adorable video, shot at his family home in Tacoma, Washington, Jalen Allen, aged three, dribbles a ball past his brother Noah, eight, before sinking a layup in a net in their hallway.

While Noah accepted the two points as legitimate, Jalen’s father, Curtis, 38, who was filming the game, called for traveling.

With all the pantomime of one of the NBA’s highest stakes games, Jalen then put out his hands to disagree with his father’s traveling call, pacing around the house.

“That’s a travel,” Curtis then said again, before his son approached him and declared that he didn’t travel.

Curtis uploaded the August 17 video to social media where it quickly went viral with millions of people reacting to the hilarious moment.

Curtis said: “I thought it was funny – Jalen is obsessed with basketball, he’s very competitive and hates to lose.

“We all thought the response to the video was awesome and it was cool that so many people enjoyed our video.”