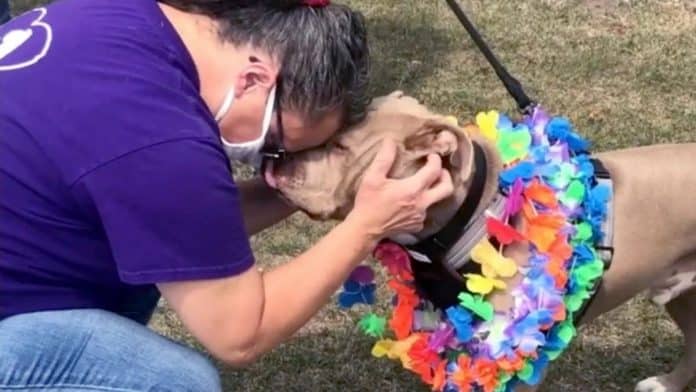 A grateful pooch was given a loving send-off after he was finally adopted from his shelter after more than 500 days.

Joey, aged three, was the longest-serving resident at the Niagara County SPCA in New York, and despite staff describing him as a “sweet and mellow soul”, he just couldn’t find a forever home.

That was until a local couple instantly fell in love with him. Having discovered Joey’s story on social media, the couple decided they would like to be the ones to give him a better life.

Given that Joey had spent around half his life at the shelter, staff decided he deserved a special goodbye.

As Joey was walked out of the shelter on August 26, staff hung leis of fake flowers around his neck as he gave them loving licks before leaving with his new humans.