Home Good News This Video Of A Girl With Cerebral Palsy Loving Rollercoasters Will Melt... 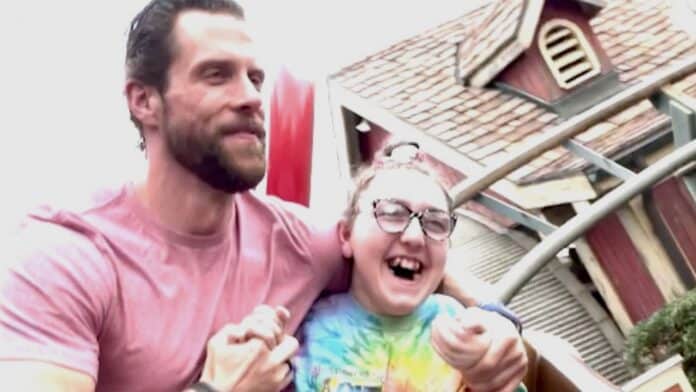 Despite being wheelchair-bound and non-verbal, one teenage girl with cerebral palsy has not let her condition stop her from living a thrill-seeking life and riding some of Dinsey’s most famous rollercoasters.

Fourteen-year-old Abby McNamara’s family has shared a number of videos of their daughter’s smiling face as she rides some of the parks’ icon rides – including Big Thunder Mountain, The Barnstormer, and Test Track.

Abby’s mom, Michelle, who lives in Walnut Creek, California, shared the clips on her Instagram account, with each post receiving an outpouring of love from well-wishers.

Speaking of that moment on February 18, Michelle said: “No matter how many times I watch this video or others from our Disney trips, I get tears in my eyes from happiness.

“I get to see Abby as Abby, not as a child with disabilities. The joy and happiness she experiences on these trips is priceless.”

Abby has cerebral palsy as the result of a virus during infancy.

According to Michelle, Abby was sent home on hospice and her family was told to “take her home and love her” – but, 14 years later, she has defied the odds and not let her condition stand in her way.

Despite being unable to walk, talk, and being dependent on a gastronomy tube, Abby and her family have made multiple trips to Disneyland and Disney World because of how accommodating the parks are for children with disabilities.

Abby first rode the rides at Disneyland in 2016, when the family lived in Virginia, and after moving to California in 2019, a Disney park became even closer.

Rather than having to drive 13 hours to Florida’s Disneyland, Disney World in California is only around five hours from where the McNamaras now live.

The family became annual pass holders the year they moved, and since the park reopened in 2021 after COVID, they are now Magic Key holders.

Recently, Abby was back in Florida, where she rode The Barnstormer in Magic Kingdom.

Michelle sat in the seat in front of her daughter, capturing her reaction the entire way around.

Michelle added: “The video has been very well received and many have expressed the joy they have experienced while watching it.

“I hope others will recognize that individuals with disabilities are more than just their disability.

“Inclusion is a mindset and we as a society need to redefine our social norms and biases around individuals with disabilities.”