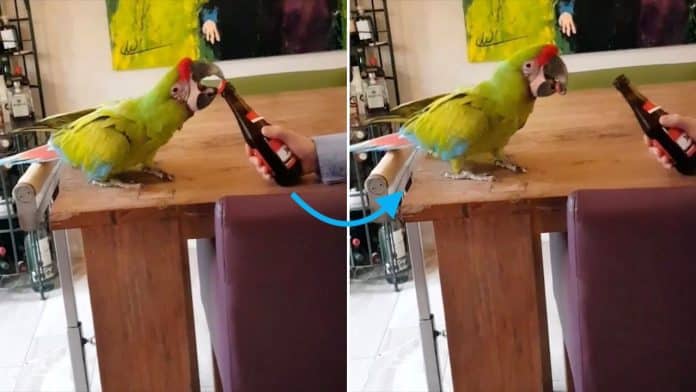 A parrot owner has discovered her parrot has a unique knack for opening bottles of beer.

Kitty Goverde, 57, from Uden, Netherlands, has had her two-year-old parrot, Opie, since it was a baby.

Kitty, who owns birds and teaches them to free fly as a hobby, said: “This was the first time she tried it and now we do it for fun once in a while.”

The video shows Opie first trying from the side. But after having no luck, she successfully flips the cap off from underneath all by herself.

Kitty added: “Macaws always want to touch everything with their beak, so Opie saw the beer bottle and started chewing on it.

“They have very strong beaks so I thought she would be able to open it and she did!”

Opie, a great green macaw parrot, which are also known as a Buffon’s macaw, are known for their strong beaks.