Home Good News Son Plays Prank On Dad As He Surprises Him With His College... 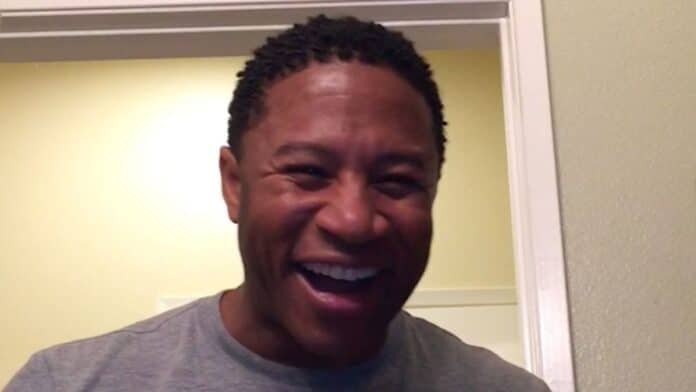 A son ingeniously pranked his dad with his college acceptance letter after calling him out to see a “bug” – only for his dad to spot the good news and jump for joy.

After sending off all his application letters, Derrick Rose had anxiously waited to hear back from his top choice, the University of California.

His dream to study at UCLA started after his parents showed him the college’s department of theater, film, and television brochure after he excelled in an acting competition in junior year.

Ever since, Derrick, from Redlands, California, had set his heart on attending the university.

Derek says he was especially nervous about his prospects due to feeling his grades were already irredeemable after underperforming early on in high school.

But with his parent’s support and the desire to get into UCLA and become an actor driving him forwards, he says he was able to recover his grades.

And as soon as he found out that he was lucky enough to be selected to study at UCLA he knew he had to surprise his dad – also named Derrick – with the great news.

READ MORE: Son Brought To Tears During Air Force Graduation As His First Salute Happens To Be To His Military Mom

Deciding a normal reveal wouldn’t suffice, Derrick Jr. set up his laptop with the virtual letter open on screen and called out, “Hey dad, come check out this bug.”

To grab his dad’s interest he added, “It has six legs, and it is not a spider – I don’t know what it is.”

With his dad intrigued, he walks in but while still looking for the ‘bug’ fails to notice the letter on the screen.

Derrick guides his dad’s eyes up by explaining that the ‘bug’ might be on his laptop.

And as soon as Derrick Snr. looks up at the laptop he smiles and shouts “wow” as he discovers the great news.

Derrick explained that: “I wanted for it to be a practical joke that would catch him completely off guard.

“Opening that virtual letter of acceptance meant not only receiving the opportunity to attend my dream school but also making my parents proud – I was elated.

“UCLA hadn’t accepted any transfer students into their highly selective acting program for many years before I was accepted.

“My dad was very proud of me.”