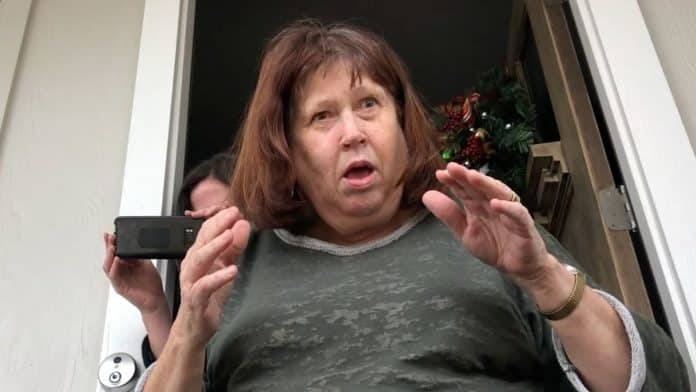 A mom was left frozen in shock when she opened her front door to find a box – before her daughter, who lives abroad, leaped out to surprise her.

Marilyn, from near Salt Lake City, Utah, had been separated from her daughter, Julie, who lives in Switzerland.

Around the holiday season, however, Julie said she began to miss her family, and so did everything she could to return home in the weeks after Thanksgiving.

Having arrived in the city, Julie then texted two of her five sisters to help prepare the surprise, which involved one picking her up from the airport and another readying a large furniture box she had sourced.

The sisters placed the box on their parents’ porch and Julie climbed inside, recording on her phone as she was surrounded by pitch black.

One of her sisters then encouraged her mom to head to the front door, and when she opened it, Marilyn began to inspect the box.

READ MORE: Loving Uncle Jumps With Joy As Nephew Emerges From Gift-Wrapped Box To Surprise Him

As she did, Julie burst out, saying “Hi” as her mom stared down, frozen by the surprise.

The moment took place in 2018, but Julie did not share the video on TikTok until years later.

Julie said: “Everyone loves it and many people have said it made them cry.

“I still cry when I rewatch it. I could hear her come to the door and I couldn’t wait to see her reaction… it was the best reaction and there were lots of tears.”