Home Good News Mom Hysterical As Daughter And Her Husband Surprise Her With First Trip... 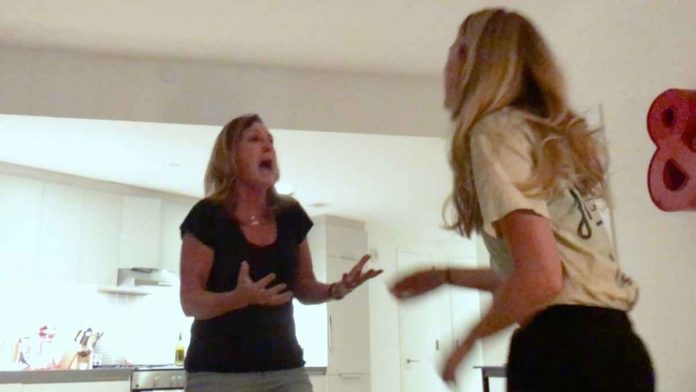 A loving mother was brought to a fit of hysterics when she was surprised on her 60th birthday with her first-ever trip abroad – which happened to be the very next day.

Dorothy Dominioni, 60, initially thought her daughter, Nicole Pokorny Forster, 35, and Nicole’s husband, Charles Forster, 38, were treating her to a daytrip to Canada from their apartment in New York.

Dorothy, known as Dot, was delighted with the idea, as she had never been to Niagara Falls and was looking forward to her first trip abroad.

But in their New York apartment on November 6, Nicole and Charles had an even bigger surprise planned.

As Dot – who had packed for Canada – opened her remaining birthday presents, she began to realize something was up.

Each gift formed a clue to the real surprise, first opening a money belt, then a flight travel kit and on the final gift read a note ‘not Canada the country.’

As she unwrapped the gift she realized it was a travel book of Rome, with the explanation ‘Canada’ was really Hotel Canada in the Italian capital.

It was then that Nicole and Charles also broke the news to Dot that family and friends also combined for her spending money – and that they’d be leaving the very next day.

Being a full-time nanny her entire working life, Dot never had the financial means to travel abroad, Nicole said.

She had obtained a passport in case, on the off chance, the children she has cared for needed her to travel but that never happened.

And so, two years before her mother’s 60th birthday, Nicole began planning the big surprise.

She and Charles opted for Rome as Dot has predominantly Italian and Irish heritage.

Having graduated from her master’s degree in Texas in June 2019, Nicole prioritized the trip over all else.

When she moved to New York for her new job that August, Nicole informed her new employer of the visit, as well as Dot’s boss.

As the surprise was revealed, Dot, who lives in Jacksonville, Florida, began shouting “NO WAY!” and rose to her feet.

With her head in her hands in shock, the loving mother could not believe what was happening.

The family have since been to Rome, where Dot saw the likes of the Vatican, St. Peter’s Square, and even explored the Tuscany countryside.

Nicole said: “My husband and I have been fortunate enough to travel and all I wanted was for my mom to have the same opportunity.

“If she could not afford to get herself there, I was determined to make this happen.

“Her reaction was better than anyone could have expected.

“All we wanted was for her to feel loved and special – the way she makes so many people feel every day.”