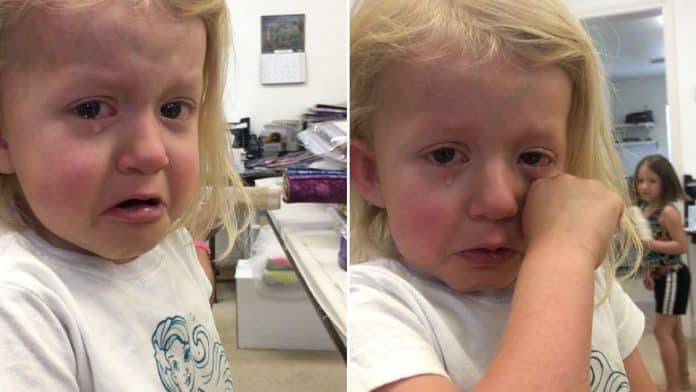 We’ve all had moments where we longed to be a carefree child again.

But for four-year-old Emma Suetta, that feeling came early.

The adorable toddler was filmed sat at the family’s kitchen table in floods of tears at the thought of “becoming a grown up”.

To which little Emma replies, “I don’t want to turn five. I just want to be a kid like this!”

As Emma wipes away tears rolling down her face, Shelly asks, “You want to be a kid everyday?”

Almost instantly Emma says, “Yeah! I just want to be four instead of being a grown up.”

The hilarious clip quickly gained views on social media after Shelly uploaded it to show friends and family.

Shelly, a photographer, said: “We were talking about birthdays and how far away our kids birthday were.

“Emma was excited for her birthday as it is only in two months time.

“But then she realised she would be turning five and started to cry, saying she doesn’t want to be five, she wants to stay four rather than be a grown up.”