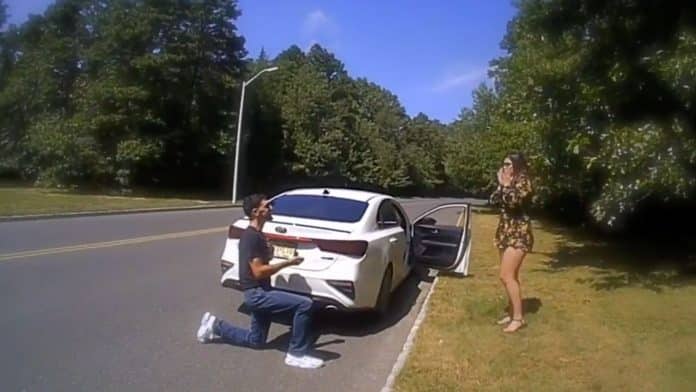 A woman was left screaming with joy when she discovered a routine traffic stop by police was, in fact, a bold proposal ploy by her boyfriend.

Having confirmed the driver was the owner of the car, Chief Parker asked the couple to step outside, saying she was investigating “something important.”

RELATED: Parents Pulled Over By Police Stunned As Military Son Hops Out Of Cop Car To Surprise Them

With the couple standing by the trunk, Chief Parker then asked if there was anything she should know about – at which point the male driver declared he had an engagement ring.

The driver, identified as Matt, asked his girlfriend Brianna if she would marry him, to which she replied, “Oh my God, Yes!”