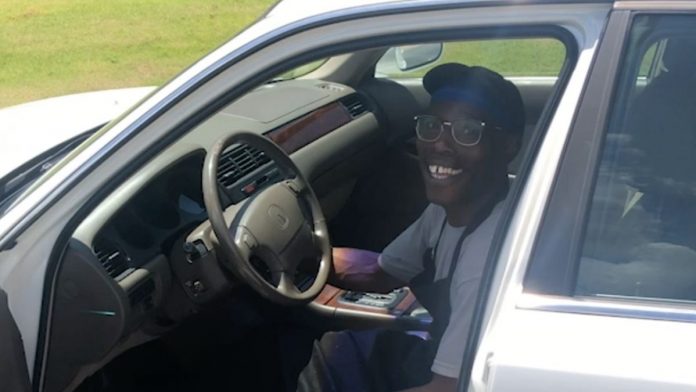 A restaurant worker welled up with happy tears when a customer noticed the epic journeys he’d been taking to work every day and decided to surprise him with a car.

The anonymous donor said they noticed how Taco Casa employee Dee McCoy – who works at the chain’s Tuscaloosa, Alabama, location – would have to travel for one hour and 40 minutes each way to get to and from work.

Dee’s journey required taking two buses before walking a further two miles, and on a couple of occasions the kind-hearted donor had spoken to Dee about his commute.

The pair had only spent around 15 minutes in each other’s company, though, before the donor reached out to the restaurant and said he would like to buy Dee a car.

On June 29, the restaurant worker was brought into the restaurant’s parking lot, where he was presented with the keys to a Acura RL.

The donor has decided to remain anonymous, as he said he did not want the surprise to be about him.

Since the presentation, footage of the moment has gone viral on social media, and Dee is now able to get to work in 15 minutes, rather than nearly two hours.