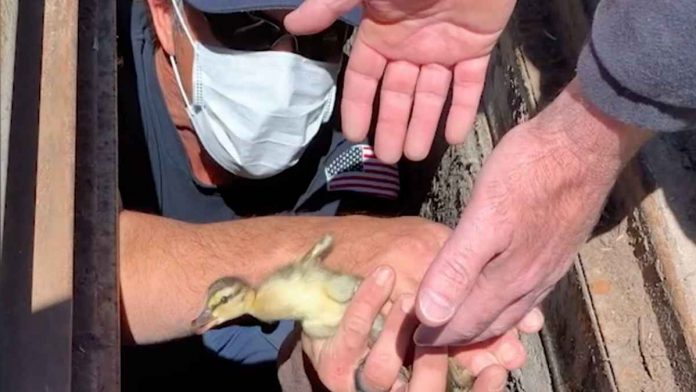 A group of trusted fire fighters rescued a brood of ducklings after they were alerted the babies had fallen into a storm drain.

In the dramatic footage, rescuers from Gilbert Fire and Rescue in Arizona, could be seen squeezing into the storm drain and passing out the ducklings one by one.

They were alerted to the trapped birds after a resident heard the ducklings’ cries coming from the drain on April 15.

After taking the tiny birds out of the drain, fire fighters notice the mama duck was sitting nearby, and so they brought her babies over to her.

Having been reunited, the family then waddled off into a nearby greenbelt.