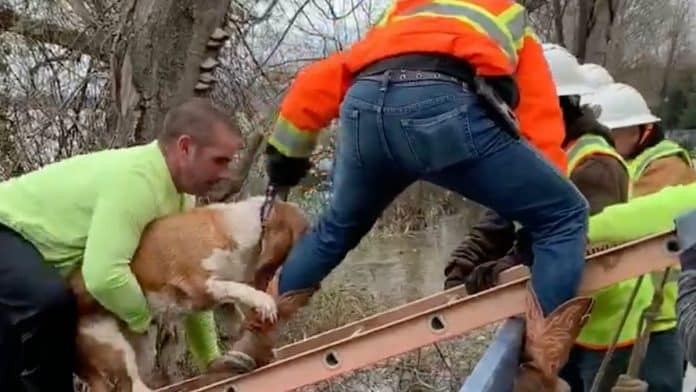 A group of brave construction workers have been caught on camera rescuing a trapped dog from high waters.

In the tense footage, shot on the Tennessee River in Sioux Falls, South Dakota, on February 18, a ladder can be seen propped in the water while one daring worker climbs down it backwards.

When he reached the bottom, the man grabbed the trapped basset hound, which he then encouraged onto the ladder and slowly but surely guided back to safety.

The video was captured by Jon Nash of J Cumby Construction.

Fortunately for the hound, Jon is also a part-time volunteer with Hamilton County Special Tactics and Rescue Services (STARS), who often carry out such rescues.