Home Good News Professional Dancer Goes Viral Bringing Positivity To Others As He Dances His... 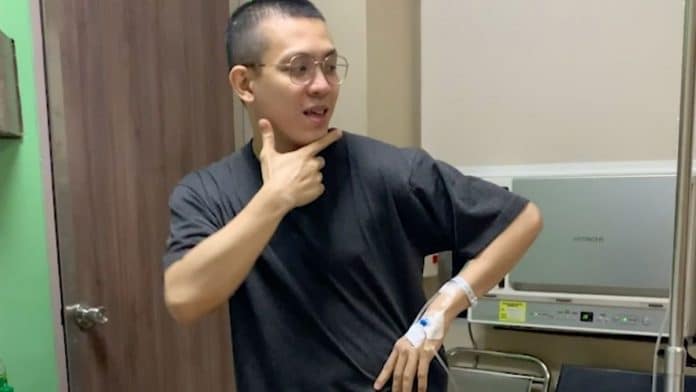 A professional dancer has gone viral bringing joy to others during a time of personal despair as he opted to dance his way into his first stage of cancer treatment.

In the uplifting footage, dancer John Christopher Polintan – known as “JC” – stands in his hospital ward in Philippine General Hospital, in Manila, a drip attached to his arm.

As music starts playing in the background, JC, 30, begins to show off some of his best moves, a smile plastered on his face the entire time.

The video was captured by JC’s girlfriend, Jazreel Dela Paz, 28, on February 19, as the song “Born To Praise” by Planetshakers played in the background.

JC was diagnosed with Nasopharyngeal Carcinoma last July after he initially noticed a lump on his neck during a dance competition in Australia in 2017.

Having competed around the world, JC was then told he had stage 4A NPCA in January 2020 when he returned to his native Philippines.

According to Jazreel, JC’s treatment requires between three or four five-day cycles of chemotherapy before he can then begin radiation treatment.

JC, who began dancing aged 14, is currently the artistic director of a dance team, MAD Rush, who he has led to championships in Singapore, Thailand, Australia, the US, and Croatia.

When he posted the video online, the dancer received an outpouring of support for his positive outlook, with the video going viral and viewed hundreds of thousands of times.

Jazreel said: “The response of the people to the video has been overwhelming – we didn’t expect that it would go viral, and it brought inspiration to many people.

“JC even received messages from other cancer patients that said they were inspired and motivated after seeing the video.

“They admired his outlook on life and how strong and positive he is.”

“That is why I also want to help send positivity to many.”