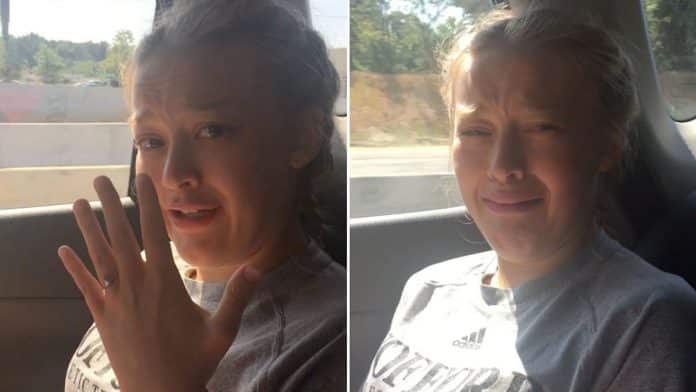 A hilarious video shows the moment a teen thought she was engaged while still under the effects of anesthesia.

Emily Tanguay can be heard saying “I’m engaged!” after clocking the ring on her wedding finger, as she was driven home from the dentist.

She had her wisdom teeth removed and was placed under a local anesthesia, which takes notoriously long to wear off.

After asking Emily who she was engaged to, she says: “I think Caleb. I mean for real? It’s my dream ring!”

Mom Christine said: “Emily has a best friend named Caleb. Caleb bought her a Pandora ring for Christmas which she wears all of the time.

“After she had her wisdom teeth removed and while under the effects of anesthesia, she apparently thought she was engaged, when she isn’t!”